There are no reviews yet.

Be the first to review “Revital-TA” Cancel reply 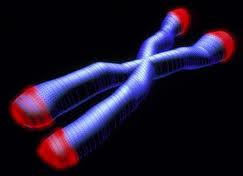 In 1961 the scientist Hayflick said that aging (senescence) is a stage marked by morphological and biochemical alteration phenomena causing the body cells to cease proliferating because they have reached the limit of replicative life. Replication (regeneration) of cells is a process by which a cell divides into one “new” which theoretically should be identical, and in particular should contain an identical copy of DNA. James Watson, the discoverer of DNA observed what he called “end replication problem”, i.e. the inability to correctly copy all of the DNA, leaving not copied identically a small sheath located at the end, the sheath which he called “telomere”. Russian scientist Olovnikov could find link between cellular senescence and terminal replication problem described by Hayflick. For Olovnikov “end replication problem” was due to progressive shortening of chromosome ends (telomeres) functioning as a “molecular clock” that sets the maximum number of cell divisions throughout life, thus directly controlling the process of aging and life span of an individual.

Division and cell replication is the natural process by which cells are regularly replaced with new ones. But as Hayflick observed, a cell can replicate only a limited number of times, defining the physiological age and lifespan of everyone. This limited number of divisions is dependent on telomere length. Based on the Hayflick limit theory and on the latest statistics, chronological age the man could reach is approximately 120-125 years. After each cell division telomeres shorten. Over time, telomeres shorten to the maximum when the cell receives the signal “stop” and no longer divides. It is the moment when the aging (senescence) of that cell starts and it lasts until de cell is exhausted and receives the signal to die (apoptosis). In cases where the telomere is too short but the cell continues to divide, the chromosome is “falling apart” to a non-functional, mutant cell that does not die, such as is the case with cancer cells.

A weakened immune system can also be a factor in accelerating telomere shortening leading to accelerated aging and a shorter lifespan. In fact, lymphocyte and granulocytes telomere shortening also lead to a weakened immune system, creating a vicious circle. Immune cells in the blood regenerate from stem cells. It is therefore necessary that the body produces sufficient stem cells. A stem cell deficiency leads to the aging of lymphocytes and granulocytes due to the shortening of their telomeres.

In 2009, Carol Greider and Elizabeth H. Blackburn won the Nobel Prize for the discovery of the enzyme telomerase. The enzyme telomerase is a protein produced by the body, activated and circulated in order to control the integrity of DNA and telomere length.

As we age, the body does not produce enough telomerase as well as the mechanisms for it’s activation leading to the “normal” aging process. Production and circulation of this important enzyme can be disturbed by various stress factors (weakened immune system, poor diet , free radicals, disordered life, daily stress, mental states, repeated ilnesses, etc.) leading to an acceleration of the aging process. If an insufficient amount of telomerase is circulated in the body or if due to various stressors telomerase fails to bind to the cell nucleus, the consequence is a deficiency in controlling telomere shortening resulting in their accelerated shortening therefore leading to the acceleration of aging and the apparition of various degenerative diseases sometimes labelled as “specific to aging”.

In vivo, replicative somatic cell telomere length is inversely correlated with age and is associated with age-related diseases, including cardiovascular disease. There have been reports of association with telomere shortening of different diseases such as hypertension, diabetes, insulin resistance, obesity, arteriosclerosis, vascular dementia and other degenerative diseases. It was also found a correlation between telomere length and mortality caused by cardiovascular disease.

Maintaining a strong immune system and maintaining an adequate amount of circulating telomerase, telomere shortening can be controlled and the effect can stop degenerative diseases, the aging can be slowed down and some effects of aging may even be reversed. There were concerns that activating telomerase leads to immortality of malignant cells. This theory was proved not to be correct because malignant cells are immortal anyway and their telomerase activity are different from normal cells.

In the fight against aging is not enough to just the chronological age. We need to slow down and even reverse the effects of physiological aging.

Konig Revital-TA telomerase Activator contains a unique orthomolecular formulation aimed at stimulating the release and circulate the enzyme telomerase together with nutraceuticals that provide support to continuing cell division and correct DNA replication.

What are the basic ingredients in Konig Revital-TA?

The ingredient directly involved in activating telomerase is TA-100S.

TA-100 is proprietary small size molecule Cycloastragenol sulphate (clusters of 1-2 molecules). Cycloastragenol, an aglycone of Astragaloside IV (an extract from Astragalus membranaceus), has been clinically proven as the most effective activator of telomerase both in terms of stimulating the body to produce enough telomerase and it’s activation and circulation. Sulphatation by a proprietary method increases the absorption in the intestine and the bioavailability thereafter.

Astragalosida IV is a triterpenoid that acts synergistically with cicloastragenolul.

P43 protein from Saccharomyces Cervisiae is important for anchoring telomerase to the cell nucleus, without which the telomerase effect would be diminished or even absent.

I have seen other products on the market containing telomerase activation Astragaloside IV. Why is Revital-TA different??

TA-100S has a superior bioavailability and efficiency by linking it to a “bio-carrier” molecule consisting of a sulfur-based molecule to which it is attached and thus can easily cross cell membrane. Moreover, REVITAL-TA capsules resist gastric acid in the stomach (which can destroy the CA-100S molecule) thus reaching the intestine intact where it disintegrates rapidly releasing the ingredients for their immediate absorption into the blood stream.

Those who want an additional contribution of Astragaloside IV can associate additionally 1 capsule of Astragalus 9000. But telomerase activation is only one element of the very complex process of slowing, stopping or reversing the aging process. Telomerase needs to attach the cell nucleus to take effect. The cells must be stimulated to divide and in the case of the immune cells, a sustained contribution of stem cells is required. In addition, DNA replication need to be corrected by stimulating an essential element of Telomerase called humanTelomerase Reverse Transcriptase (hTERT).

Revital-TA contains a complex formulation acting on these essential directions without which you can not get the best possible results.

Recommended way of use:

SERRA PLUS / Serapeptase 60 capsules – The most effective proteolytic enzyme for inflammation and pain, multiple benefits

Protocol for increasing the immune system